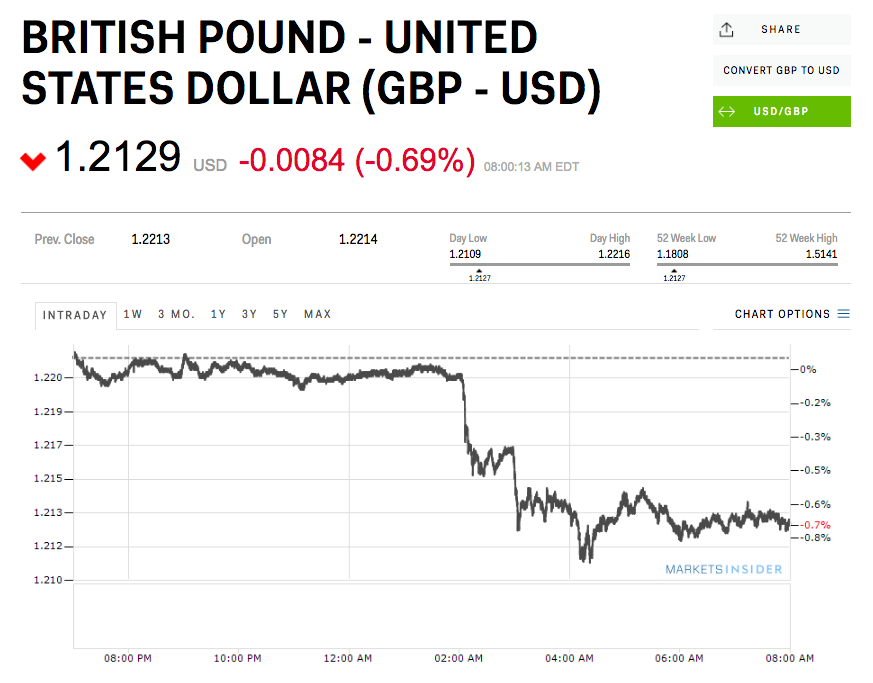 The Sterling Pound has faced a downslide ever since the referendum voting last year. Britain’s plan for a hard Brexit has also been unfavorable for the currency. In the last week, the pound recovered from its lows as the dollar became unstable. Now, the report that Scotland is hoping for a new independence referendum has pushed the pound further down on Monday. As a result, the pound reached its two-week low against the dollar.

The Brexit referendum has clearly shown that Britain is not going to be a part of the European Union. However, a large percentage of the Scottish population want to stay in the EU. Nicola Sturgeon, the leader of SNP said that there will be a demand for another independence referendum, which will happen at the same time that Britain invokes Article 50. The Prime Minister Theresa May is also worried about the new independence referendum, as she hopes to start the Brexit negotiation process in the next month.

After reaching a high of €1.189 on Wednesday, the pound traded low at €1.174 on Monday. In 2014, the pound reached a new low, when the Scottish independence referendum came into focus. 55.3% of the Scots voted to remain as a part of the UK. Now that UK has taken measures to leave the EU, the new independence referendum could result in the alienation of Scotland. Experts are unable to predict the results, should the new referendum come into effect.

Theresa May has the power to refuse the referendum, but it could create political conflicts. If Scotland wants to exit Britain, it can also have a significant economic impact on the pound, which is already struggling in the forex market.