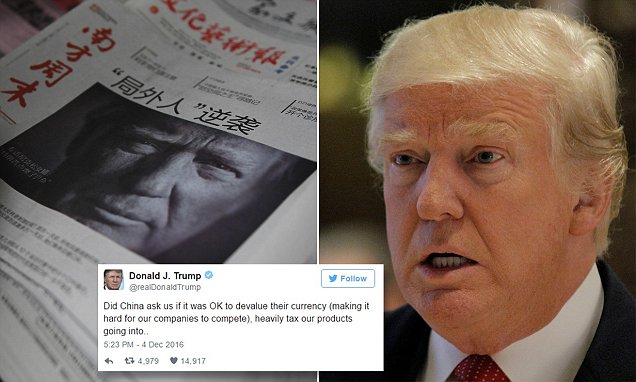 The President of the United States, Donald Trump is unapologetically rude against economies that are known for manipulating their currencies. The Chinese were called out by the POTUS for deliberately weakening the currency, to benefit from imports. Taiwan is also known to manipulate its currency in the forex market. However, now, Taiwan has pulled back from intervening in its currency value. As a result, Taiwan gained significantly, emerging as the second best performing Asian currency in 2017.

From the beginning of this year, Taiwan’s currency gained 5%, which has helped the stock market.

The Central Bank of Taiwan wants to show the United States that Taiwan doesn’t want to manipulate the currency. This lack of intervention has resulted in the currency movement for Taiwan.

Trump has heavily criticized Japan, Europe and China for manipulating currencies to make the exports competitive. The US Treasury has been instructed by the president to submit a report on the currency behavior of the trading partners.

Taiwan doesn’t want to be labeled as a manipulator and get back in the good books of the USA. Taiwan is hoping that manufacturing components for new iPhones will result in trade surplus with the USA. The Taiwanese government doesn’t want to face the wrath of the POTUS in the current economic conditions and thus it has allowed strengthening of the currency.

BusinessFinancePeopleWork
Previous ArticleWhat Forex Traders Must Understand About FXCM Being Barred From Operating In The US?Next ArticleGreenback Slows Down As Trump Rally Comes To an End